The Mountain Goats embark on a North American tour in April. Their last studio album, Goths, came out in 2017. 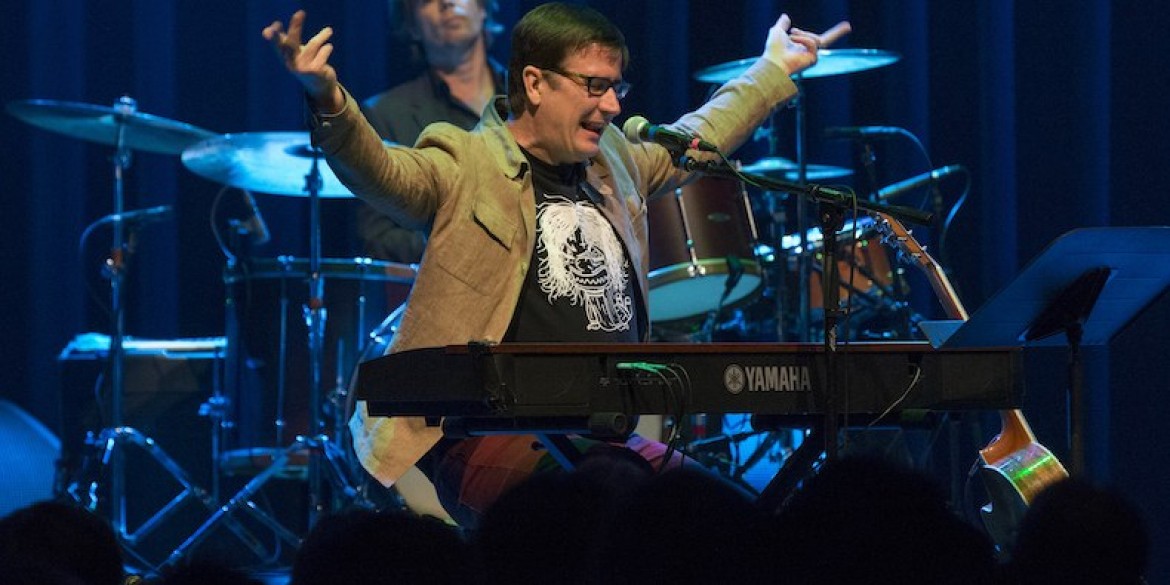 The Mountain Goats embark on a North American tour in April. Their last studio album, Goths, came out in 2017.

In League With Dragons:

Check out “Younger” from In League With Dragons

This album began life as a rock opera about a besieged seaside community called Riversend ruled by a benevolent wizard, for which some five to seven songs were written. When I’m focusing on a project, I always distract myself from the through-line with multiple byways, which are kind of like mini-games within the broader architecture of a long video game. As I worked on the Riversend stuff, weird noir visions started creeping in, probably under the influence of Leonardo Sciascia (a Sicilian author, he wrote mysteries) and Ross MacDonald’s The Zebra-Striped Hearse, which a friend from Port Washington gave me while I was in the thick of the writing. I thought these moods helped complicate the wizards and dragons a little, and, as I thought about my wizard, his health failing, the invasion by sea almost certain to wipe out half his people, I thought about what such a person might look like in the real world: watching a country show at a midwestern casino, or tryout pitching for an American League team years after having lit up the marquees. Finally, I wrote the title track, which felt like a drawing- together of the themes in play: rebellion against irresistible tides, the lush vistas of decay, necessary alliances. I am earnestly hoping that a new genre called “dragon noir” will spring from the forehead of nearly two years’ work on these songs, but, if not, I am content for this to be the sole example of the style.