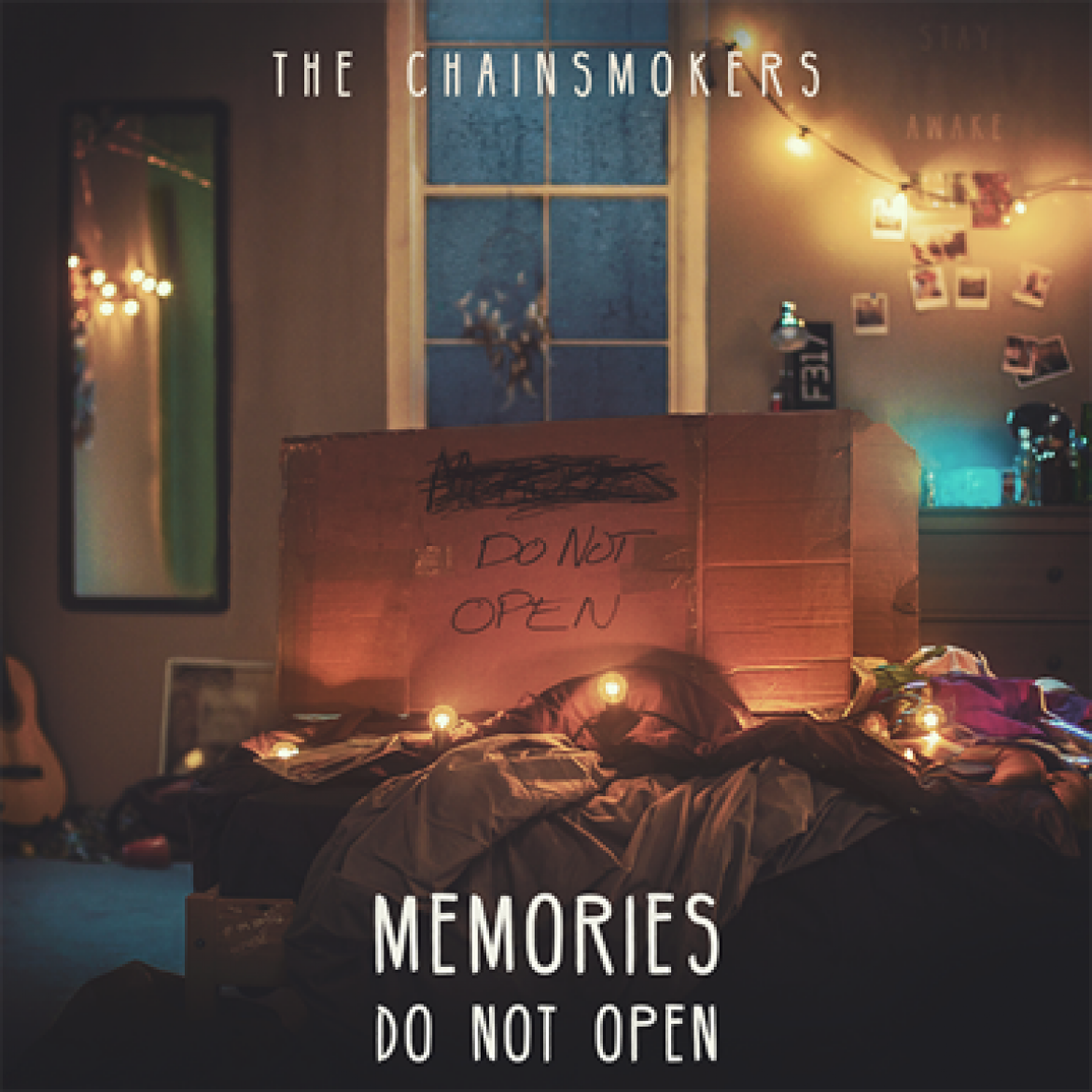 GRAMMY® Award winning artist/producer duo The Chainsmokers left it up to their fans to decide whether or not they’d release an album, and the clamor has been heard across the world. In response to popular demand, the duo releases the new album “ Memories…Do Not Open” via Columbia / Disruptor Records.

The new track is one of 12 on the highly-anticipated release available on April 7 and features collaborations with Coldplay, Jhene Aiko, Florida Georgia Line, Emily Warren and Louane – see full track list below. Fans who pre-order the album will receive instant downloads of “The One,” “Something Just Like This” with Coldplay — which is certified gold and has received over 115 million streams on Spotify—as well as the Top 10 radio hit and Platinum-certified single “Paris”—whose official videos have surpassed 225 million combined views to date.

Fresh off their win for MTV’s Woodie of the Year at SXSW, Alex and Drew are set to perform on NBC’s Saturday Night Live on April 8. The duo recently won five awards at the 2017 iHeart Radio Music Awards, including Best New Artist, Best New Pop Artist, Dance Album of the Year (for Collage), Dance Artist of the Year and Dance Song of the Year (for "Closer feat. Halsey”). These wins follow their Grammy Award win for Best Dance Recording (“Don’t Let Me Down feat. Daya”) earlier this year.

The Chainsmokers continue their unprecedented year of success by breaking and matching four major records. "Closer feat. Halsey," certified 7X Platinum, has surpassed the mark for most weeks at No. 1 (27 weeks) on Billboard's Hot Dance/Electronic Songs chart. The lyric video for current single “Something Just Like This” with Coldplay broke YouTube's record for most single-day views of a lyric video; the video was streamed more than nine million times in the first 24 hours following its release. Alex and Drew recently became the third group/duo in history to have three different singles in the Top 10 on the Billboard Hot 100 simultaneously (“Something Just Like This” with Coldplay, “Paris” and “Closer feat. Halsey”), an incredibly rare feat only previously accomplished by The Beatles and the Bee Gees. “Closer feat. Halsey” also tied the record for most weeks in the Top 10 on the Billboard Hot 100 (32 weeks).

Tracklist for “ Memories…Do Not Open” :