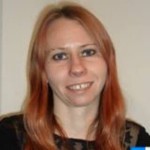 Estonian songs competing for the Eurovision 2017

It’s that time of year again when Estonia gets set to select its entry for the Eurovision Song Contest.  The selection show, “Eesti Laul”, remains as popular as ever and after two semi finals, the final show will be held on Saturday, March 4th.  “Eesti Laul” has gained something of a reputation for showcasing the best of current Estonian music and, thanks to the wonders of the internet, it is also followed by fans of Estonian music and/or Eurovision across Europe and beyond.  Here is a run-down of what to expect:

An ethereal dance-pop infusion from arguably one of the most influential female musicians in Estonia.   Kerli has recently co-written tracks for several US artists and is hoping to add the Eurovision string to her bow.  Kerli cites Bonnie Tyler and Phil Collins as her earliest influences, but she has most definitely created a style of her very own.  Resembling a wild-eyed fairy queen, Kerli stomps her way around the stage accompanied by four male dancers dressed all in white.  With Bjorkish-vocals and a feral demeanour, Kerli ‘s performance almost makes you want to howl...

Koit and Laura are no strangers to the Eurovision stage.  Koit represented Estonia in Birmingham in 1998, placing 12th.  He is also the voice of Lightning McQueen in the Estonian version of Disney’s “Cars” – KERCHOW!  Laura has previously won a ticket to Eurovision in 2005 as part of the act “Suntribe”.  Following her attempts in 2007, 2009 and 2016 (where she came second), Laura is hoping to do one better this year.  Laura channels the mermaid look with a beautiful sequin dress and the charming Koit looks dapper in a tailored suit.  Koit and Laura complement each other well on stage and their dramatic tale of a relationship on the rocks could do very well.  Let’s hope they don’t stay lost in Verona for too long!

Parnu-born Liis won the fourth season of “Eesti Otsib Superstaari” and has now got her sights set on Eurovision.  Fresh from performing at this year’s Estonian Music Awards, she performs in a pink dress surrounded by a visual display of fireworks. It’s very up-tempo and she glides across the stage effortlessly.  The song keeps running, running...but does it have the stamina to get all the way to Kiev?

Elina Born – In Or Out

Elina is an Eesti Laul regular, having won the competition in 2015 with Stig Rästa as well as performing at the start of last year’s show.  Elina and Stig finished 7th in Vienna (they were robbed!) and Elina is back for more.  She rose to fame during the fifth season of “Eesti Otsib Superstaari” (there’s a pattern here!) where she finished as runner-up to Rasmus Rändvee, who is also competing here.  Elina is clearly going for the Bond girl look here as she braves the cold to dress in a black lingerie-style costume, and proceeds to drape herself around what looks like a giant polo mint.

Rasmus Rändvee from Pärnu won the fifth season of “Eesti Otsib Superstaari”.  He is also the singer with the critically-acclaimed band Facelift Deer, who also took part in 2013’s Eesti Laul.  Rasmus sings a rousing number here, channelling a similar dark vibe to Adele’s hit “Rolling in the Deep.”  He has an edgy, interesting voice and gives a convincing performance.  It’s certainly one of those songs that can stay in your head for a long time.  Will this be enough to take him to Ukraine?

Daniel Levi – All I Need

A talented vocalist and guitarist, Daniel Levi grew up in Tartu.  His last Eurovision attempt was “Burning Lights” in 2015, but this time he is seeking solace in the shadows when performing this song.  Trapped in a myriad of lasers, he somewhat resembles a young David Beckham as he sings a catchy, soulful, upbeat number.  He has a strong voice, and the shadowy performance works well on the stage.  He has great stage presence and this will certainly appeal to many.

Ivo Linna was born in 1949 on the divinely beautiful island of Saaremaa in the South-West of Estonia.  There’s clearly no stopping this guy who, along with his trusty Rickenbacker, sounds better than ever at the age of 67.  He has previously represented Estonia in 1996 together with Maarja-Liis Ilus, finishing in fifth place.  This song is a strong contender and it’s clear that he has many fans who will show their support for him.  It’s also nice to see a song sung purely in Estonian reach the final stage of the competition.

Lenna started singing at the age of three and is no stranger to Eurovision.  She has previously competed in Eesti Laul in 2007, 2010, 2012 and 2014.  In 2005, she represented Switzerland as a member of the band Vanilla Ninja, finishing in eighth place.  There is some precisely-executed choreography from the beautifully-pedicured Lenna and her team of dancers in this performance.  Lenna dresses in black and has opted for an astral background, giving a sense of dreaminess.  There have been plenty of barefoot performers at Eurovision in the past, with varying degrees of success.  Lenna is hoping to join them on the roll-call.  Will she finally get the chance to represent her home country at Eurovision?

Whogaux (Hugo Martin Maasikas) teams up with Karl-Kristjan Kingi and Maian Lomp for this incredibly catchy R&B/electro-rock number.  This song could definitely be the dark horse of the competition.  It somehow manages to work its way into your head and refuse to leave for several hours J  The performance is also noteworthy for the stunning floral dress worn by female vocalist Maian!

Young Ariadne gives an enchanting performance, performing in a white outfit, while constellations swirl around her dramatically on the screen behind.  With clear, strong vocals and a playful melody, this is a pleasant song which is executed very well on stage.

As you can see, there is a strong variety of artists and musical styles on show and possibly the most diverse and exciting Eesti Laul final for a while.  Which one will emerge victorious on 4th March and make it all the way to Kiev?